Milennials making financial decisionsBaby Boomers had the American Dream of economic prosperity. Generation X continued on a similar path of financial security despite the flannel-wearing slacker mentality associated with their youth. But the good fortune bubble burst for Millennials born between 1980 and 2000. Between rising inflation, a growing national debt, an underwater housing market and a crumbling financial industry, the Great Recession forever changed how Millennials approach money. 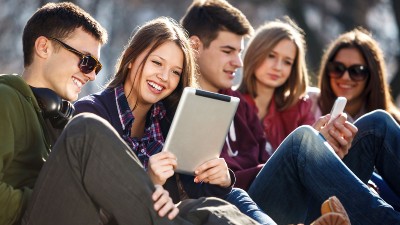 The 20-somethings of today aren’t the first to endure a recession. But the unique reality of their financial circumstances is forcing them to turn to financial solutions their parents may never have had to consider.

Educated And In Debt

Millennials grew up thinking that if they worked hard and went to college, everything would fall into place. But higher education creates its own financial quicksand. Grads are left with a fancy degree but a hole in their pocket.

NPR reports that national student loan debt is around $829 billion and the average grad leaves college with a $25,250 bill attached to their diploma. As a result, they have trouble paying for daily expenses like food and rent, let alone obtaining the credit needed for traditional loans and better interest rates.

Millennials are recognizing that with or without a bank’s help, bills won’t go away. The fast fix of a payday loan can sometimes be just enough to momentarily patch the hole of their leaky college finances.

The U.S. Department of Labor revealed that unemployment rates for ages 20 to 24 exceed the nation’s average population’s rates at 13.5 percent. Even more disheartening is the willingness and need for this age bracket to settle instead of reaching for the American Dream.

It’s a job market with a catch-22 in many cases: your resume is too lightweight to take on a meaty management role but your education and internship experience can make you overqualified for an entry-level position, which you may be forced to take anyway.

A Pew Research study discovered that half of Millennials take jobs they don’t want in order to pay the bills. The research also revealed that grads may feel the impact of a bad economy on their career for up to 15 years.

Without the right job to cover the cost of living on top of a disproportionate amount of college debt, it can be near impossible to sock away savings for a rainy day fund. Those emergency expenses can include anything from a broken car to a broken limb, sometimes requiring immediate payment. Banks may shun Millennials in these circumstances while payday lenders may alleviate that cash burden.

It’s hard to say if the economy will ever be what it was pre-2008 for Millennials. But the current economic outlook could pave a new road for finance, compelling this generation to get creative with cash solutions to make ends meet. Until brick-and-mortar banks reach out to these desperate 20-somethings, Millennials may continue to live with the short-term fixes offered by payday loans and other emergency cash services.…